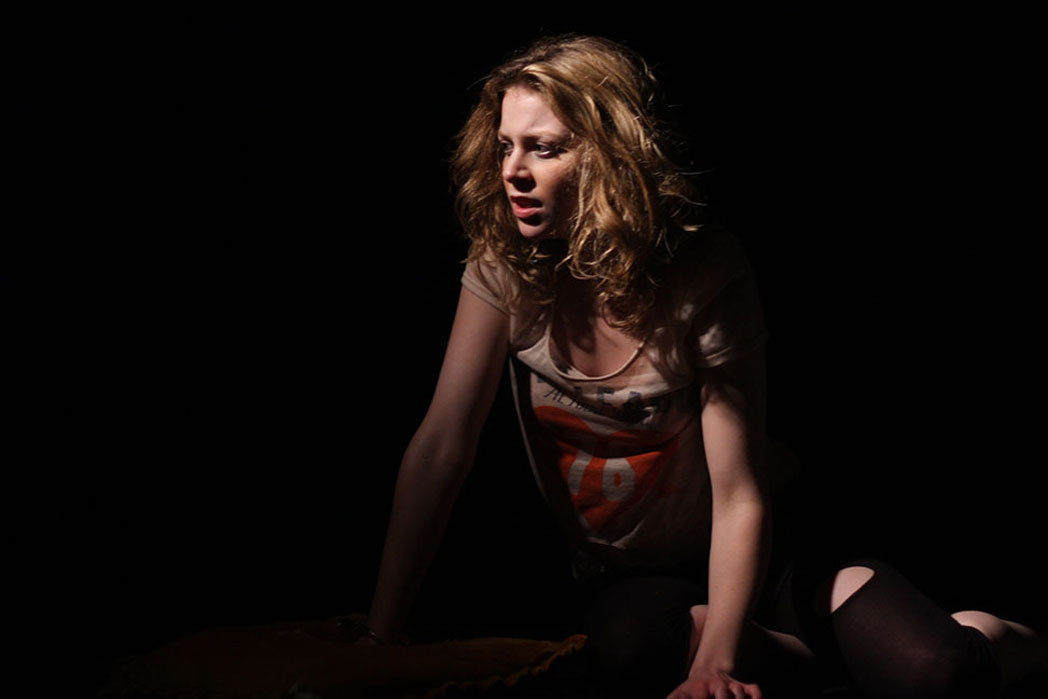 Having previously seen Ugly Sister Productions in action with dynamic new writing projects I was delighted to work with the company in The Story Project; Prayers, Promises and Platform 3. The production was a showcase of 13 original short scenes at Southwark Playhouse. I played Irina in dark and edgy script Lomki written by Gareth Jandrell and directed by Kimberley Sykes. Irina, a heroin addict was kidnapped and locked in a cell where she was forced to confront issues from her past concerning her addiction. I really enjoy the challenge of taking on grittier roles such as these, particularly when working with a new script, open to ideas and development.